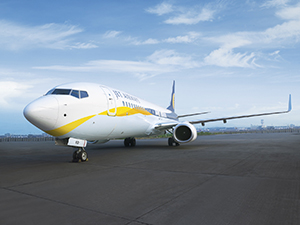 Arrive Kathmandu’s Tribhuvan International Airport on your own. You will be met at the airport by our rep and after greeting and quick briefing you would be transferred to your hotel. Few people know that Kathmandu, other than being cultural and political capital of Nepal also has great bird life. Ornithologists believe that with the Tibetan border in the north and India to the south a few hours flight away for a bird, the Kathmandu valley is an important stopover place for birds. The valley’s forest cover consists of Shivapuri National Park, the Phulchowki forests and the forests of Nagarjun. Afternoon orientation tour of Kathmandu city including Durbar Square, the temple of the Living Goddess (Kumari temple), the Royal Palace and Kasthamandap – a monument built from the trunk of a single tree from which the name of the city Kathmandu was derived. Overnight at Kathmandu.

After breakfast full day excursion to Shivapuri National Park. Shivapuri National Park is one of the richest forested areas in the Kathmandu valley. The park has several entry points, the closest for Kathmandu dwellers being the army check point at Gairigaon, north of the Budhanilkantha Temple. The park is home to around 318 species of bird. The forests are relatively unexplored and is therefore the possibility of discovering new species is very good. It was here that Nepal Wren Babbler was first discovered. Overnight at hotel in Kathmandu 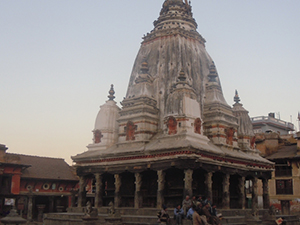 After breakfast full day excursion to Phulchoki hill & Godavari botanical gardens. Phulchoki is the highest hill (2762m) in Kathmandu valley located around 20 kms southeast of Kathmandu. The hill has recorded approx 300 species of birds & best visited during the month of October, March and April when the migrating birds are arriving or departing. In the afternoon, explore Godavari Botanical Garden Overnight at Kathmandu. 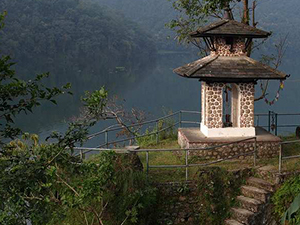 Early morning optional flight to Mount Everest (weather dependent) that will take you close to some of the highest mountain peaks of the world including Mt. Everest. Later take a shot flight to Pokhara, a small town in the lap of Western Himalayas. On a clear winter day specially after rains, one can get clear view of Fishtail peak, Dhaulagiri and Annapurna ranges. Later visit Pokhara’s famous places of interest like Mahendra Cave, Devi’s fall, Seti river Gorge, Old Town, Bindebasini temple & Barahi temple with a boat ride on Phewa Lake. Overnight at Pokhara 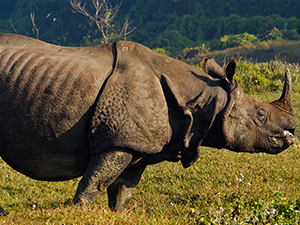 This morning visit World Peace Pagoda which is considered to be one of the best places for bird watching around Pokhara. We will keep a close eye on birds in the forest along the southern shore of the lake. Afternoon at leisure or enjoy bird watching on your own near your hotel Overnight at Pokhara 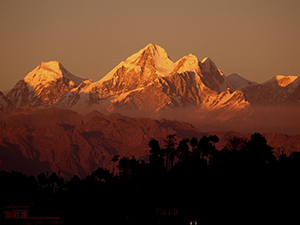 After breakfast drive to Chitwan national Park, upon arrival check in at lodge. Chitwan National Park, a UNESCO World Heritage Site is the first national park in Nepal. Formerly called Royal Chitwan National Park, this park was established in 1973 and granted the status of a World Heritage Site in 1984. Spread in an area of approx 932 sq km, this park is home of over 650 bird species besides several wild mammals including Royal Bengal tiger, One horned rhino. Leopard, sloth bear, wild boar, gaur (bison), four species of deer, two species of monkeys, crocodiles & Gharials. Late afternoon enjoy Elephant safari in national park. In the evening just relax or you can attend a lecture by in-house naturalist on flora and fauna of Chitwan National Park. Overnight in Chitwan 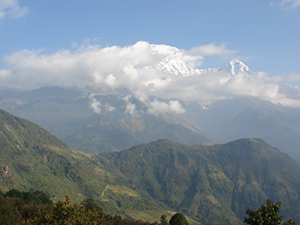 Take an early morning elephant back safari, penetrating through deep, dense grasslands in search of rhinoceros and other mammals. Later in the day you may be wanting visit the elephant stables, where a senior naturalist will discuss the habits of elephants. Afternoon we’ll take a jeep safari to the Narayani River to embark on a boat excursion in search of gharial, mugger crocodiles, fresh water dolphins, otters and various water birds. After disembarking you can choose an elephant back, jeep or guided nature walk back to the lodge. Overnight at Chitwan 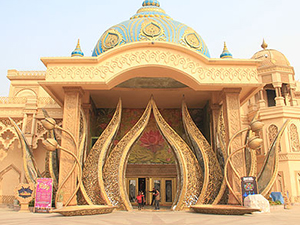 After early breakfast, drive to Bardia (approx 480 km/10-11 hrs). The drive is bit long but scenic. Sadly there is no direct flight between the airports of the two national park and connecting flight via Kathmandu might take as many hours as drive. Arrive Bardia by late afternoon. On arrival check in at lodge. Covering an area of 968 sq km, Bardia National park has more than 350 species of birds. Karnali River has good number of Gangetic dolphin besides scores of birds. The park is also home to endangered animals such as the Royal Bengal tiger, wild elephant, Greater one-horned rhinoceros, swamp deer, and black buck. Boating on the Karnali River is a great way to see the various types of birds. Rare birds like Bengal Florican, Great Hornbill, Sarus Crane, Swamp Francolin, Spiny Babbler and the Black Capped Kingfisher may also be spotted. Overnight at hotel in Bardia. 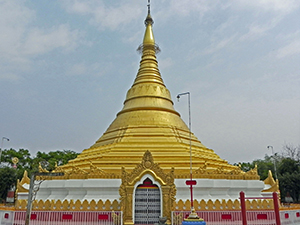 Enjoy full day birding safari of jungle safari to see some of the mammals. You could also make a visit to Tharu village, enjoy rafting in the Karnali River and Tharu cultural performance in the evening. Overnight at hotel in Bardia.

Enjoy morning and afternoon jeep safari in the park Overnight at hotel in Bardia. 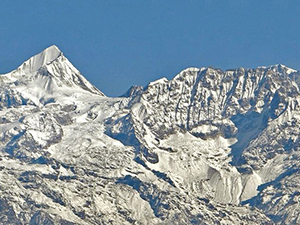 After breakfast drive to Nepalgunj airport & board flight to Kathmandu. Meet upon arrival & transfer to hotel. After noon proceed for half day tour of Kathmandu city & Swayambhunath. UNESCO World Heritage Sites: Durbar Square of Hanuman Dhoka, the Buddhist stupa of Bauddhanath and the Hindu temples of Pashupati Nath. Towards the end of the day, visit Swayambhunath situated on a hillock, offering breathtaking view of Kathmandu Valley. Overnight at Kathmandu

After breakfast, weather permitting, there is an optional Mount Everest flight, which is of approx 1 hr duration that would take you close to Mt. Everest besides some other high peaks of Himalayas. Later in the day, you will be transferred to airport for your onward flight back home. 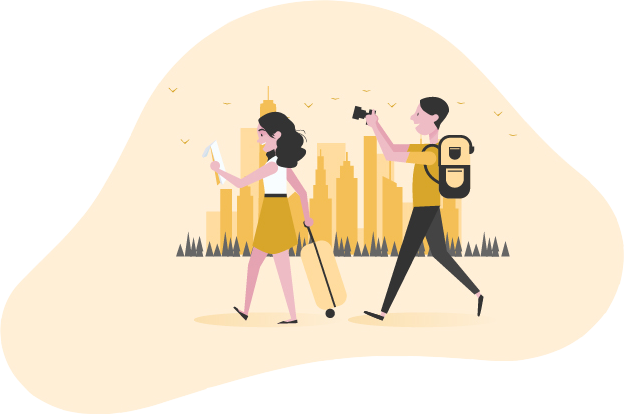